The short-term version is pretty much as presented in my 1970 book, "The Secret of Selecting Stocks", in that book I mentioned using a 10 week rate of change of the Barron's Bond/Stock spread ratio and extending that five weeks into the future. That is the basic idea.

I have not revealed the construction of the Long Term WillGo and it will remain proprietary at this time, based on what my mother told me, If you give away all your recipes, no one will come to dinner anymore. If you are interested in the WillGo indicators please contact us.

Let's first take a look at the short-term
or traditional use of WillGo.

You might say this is the chart that resurrected WillGo. On a Larry TV show in early February 2009, I went on record saying we should expect a significant rally to begin the last week of February, first week of March, based on the upturn seen above. The market took off with a gangbuster rally; a shock to most people but not our viewers or followers of WillGo.

Since then WillGo indicated the market would move to new highs having a dip first, which is about what happened. As this is written (May 8, 2009) stocks continues in an uptrend. If you take the time to look at the twists and turns of the 2008 stock market you will see those turning points were also forecast quite well by WillGo.

I am fascinated by the fact that the Barron's Bond to Stock spread ratio, as expressed through WillGo, does give a pretty accurate roadmap of what to expect with a one-month view of the future. While it is not always correct --- it usually is--- and certainly in the land of the blind, the one eyed man is king.

But perhaps 2008-2009 was an exception. So I'm now showing WillGo on another time period. You can see how it has done. KEEP IN MIND THE TURNS IN WillGo WERE KNOWN 5 WEEKS IN ADVANCE. Is it perfect? No. Has it been wrong in the past? Yes, on occasion, or it simply has not given a message. Study and come to your own conclusions. Do you know of any other fundamental tool that predicts the Dow 30?

WillGo had a pretty good track record for 1986 and 1987 as you see in Chart 2. Again I stress it is not perfect. You can see the general path and direction as well as the timing of the swings of the marketplace thoroughly illustrated by the indicator. Most notably was the crash of 1987. WillGo predicted it five weeks in advance with the turn down of the indicator, which I have marked off with the gray vertical line.

Often the market will enter into a consolidation phase, perhaps up trending or down trending slightly. A trader or investor wonders what will happen, which way will the market breakout of that congestion and when. WillGo is excellent in helping to resolve that question; several good cases in point can be seen in Chart 2. As WillGo turns sharply up or down, it suggests that will be the breakout of the congestion area. All those breakouts were known in advance of the price action.

Once people see the excellent job WillGo had in forecasting the 1987 bear market, they then want to know about the 2000-2002 bear market. Chart 3 is presented here so you can see the potential tops and bottoms WillGo was forecasting.

By and large it did a pretty decent job of predicting the future course of stock price movements. Obviously, one wants to bring into play a few other indicators for the precise timing of entry, but certainly the index did a good job of forecasting in advance what to expect for the general path prices would take.

Next I would like to show you the long-term version of WillGo...

This presents an entirely new use of the data. I think it is of great value to forecast the longer-term moves in the marketplace. While WillGo itself does a decent job of showing the twists and turns of the market along the way, it doesn't necessarily tell you the major direction. The purpose of the long-term version of WillGo is to illustrate... some 21 weeks in advance... the future path prices should be on.

You can overlay WillGo on top of this, of course, or other indicators. Let's take a look at Chart 4 to get a sense of this.

In Chart 4 we are looking at the long-term version of WillGo in the stock market time. 2000 through 2002. Keeping in mind the peaks and troughs in the blue line were known almost half a year in advance, it is surprising to see that the major declines during this time came precisely when WillGo was anticipating them. Virtually every one of the major sell off were clearly known in advance using this long-term version of the indicator.

It is not always as perfect as the 2001- 2002 market. Yet when we look at the 1994 through 1998 time in Chart 5 we see the long-term version did an excellent job of telling us when to expect sell offs. Perhaps more importantly it told us when to expect explosive upside action in the market. The troughs in the long-term WillGo coincide quite well with significant market rallies. Just think of the power to know half of a year in advance when these turning points would most likely appear!

Finally let's finish off with the current market as of May 2009. As you can see in Chart 6, the index is forecasting a market peak at the end of May with a bottom in early September. Of course between now and September we may see that the index goes to a new low. We don't know that yet... but we do know there should be a definite downside bearish move in the market between the end of May and into September. Will this take place? I don't know... but I do know the index has done such a good job of predicting in the past that I cannot disregard this warning.

The message to me is to confirm the potential for an important market top at this time. If indeed it occurs, I would expect it to last at least into September, not just a short-term pullback in the market. The only notable exception I can find to the long-term version not making a good forecast was in 2003 when it was forecasting lower prices and the market did not respond.

A couple of points to be made. If you study the long-term index you will see that when it has a substantial decline like... we see coming now... when it does turn up, a significant market rally follows. Also, if the market doesn't decline much while the long-term forecast is down, the market usually just moves sideways and not much goes on.

There you have it. A brief synopsis on how to use the short and long-term versions of my WillGo indicator. Considering this was initially done in 1969 and is still alive and well and working, I am convinced it is one of the most significant indicators I have developed. I trust you will fare well with it.

WillGo at work in the 30 Year Treasury Bond market

Chart 7 shows the short-term WillGo at work in the 30 Year Treasury Bond market. The important point, and the first I want to make, is that the chart shows the closing price for Bonds for the week ending close of May 8, 2009. Yet, WillGo was forecasting out to May 22nd. This is the power of WillGo in the Bond market, it gives us a two-week lead indication of what bonds should be doing in the future.

The above peaks and valleys in WillGo have been marked them off with the gray vertical lines. These points were known two weeks prior to their occurrence. This insight is what this very unique indicator brings to the table.

WillGo did a superb job of calling the large year-end rally in the Bond market, not only forecasting that in advance but giving us an idea of how substantial the move would be. Then two weeks prior to the market topping out, we had a very good idea a decline would come around the first of 2009. We had the visibility of WillGo entry into a steep downtrend. As the year continued, the indicator forecast a rally in the middle of February and a decline to start in the middle of March; that is pretty much the road Bond prices followed.

The basis for the indicator is the spread between high-yield stocks and bonds as published in Barron's each week as the Barron's High Yield Bond Stock Spread.

Let's take a look at another time frame of the index and the Bond market.

As you can see this index is not perfect... nothing is, unfortunately, in this business. Nonetheless, the vast majority of tops and bottoms in the indicator have correctly forecast strength and weakness in the Bond market. Very few market indicators have any reliability of forecasting the future. So when we encounter something like this, we are given a distinct advantage in the game.

Finally, to show this is not just current phenomena in the Bond market, I went back to the 1993-1994 time. We continue to see that for most of the peak and valleys WillGo correctly predicted a top or bottom at that time or shortly thereafter.

Let's look at the up move in 1993. It shows two distinct rallies and then a market top, which is about what happened. Then starting in the middle of 1993 WillGo was suggesting a decline, a rally and then a down move into the low 1994; which was a pretty good call. The projected low at the end of the first quarter of 1994 did not produce a market rally. But it did lead to a stabilization of the market, which then continued to decline about the time Will Go was suggesting it would.

All in all, not a bad prediction of the general twists and turns the Bond market would take.

I like to combine the WillGo forecast with my COT set up indicators, public sentiment, and seasonality to further refine my trading opportunities in this market. This has been a great combination.

While WillGo may have application to other markets, I have not yet found a tight correlation with any markets other than Stocks and Bonds. If you have any different notions on this please let me know.

Subscribers Get Access to Larry's S&P 500 Chart with WillGo

Each week get Larry's best setup trades and market commentary.

Larry TV, my weekly video commentary that prepares you for the upcoming trading week.

You may also find my Trading Channel useful. It is packed full of trading lessons and snippets of market wisdom.

Below are two sample videos from my channel. 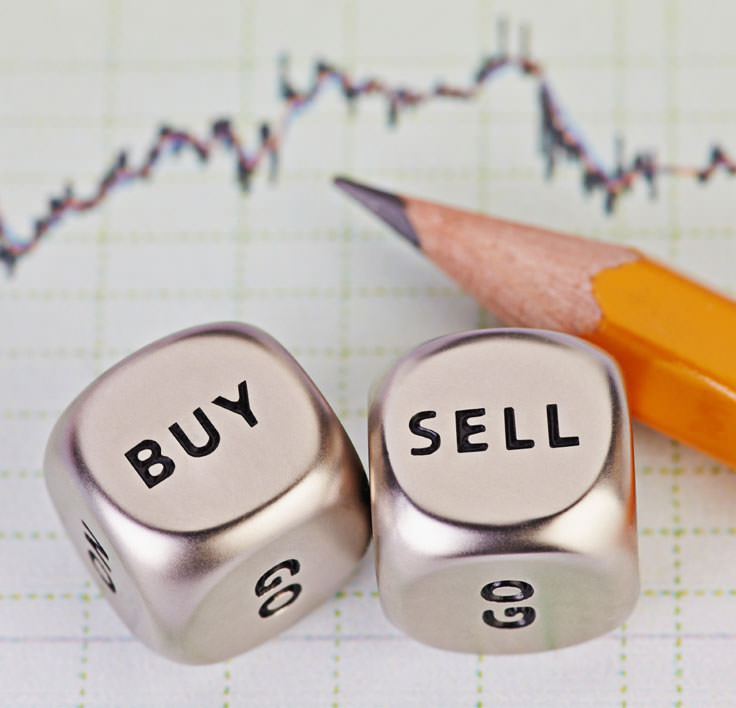 Join Larry's email list and
get a special free report
"Trading Patterns for
Stocks and Commodities"
plus free trading lessons.